A herald was a citizen who informed the populations of cities about recent news, such as those concerning laws, taxation, public health issues or executions. They came about due to the lack of an effective means of information transfer, and were precursors to the communication systems of modern times.

At the time of the Third Crusade, heralds were found in major cities such as Acre, Damascus, and Jerusalem, where they attempted to convince the citizens to join the Crusaders or the Saracens, depending on which faction controlled the city at the time. In 1191, the Assassin Altaïr Ibn-La'Ahad interrogated and killed several heralds in order to gain information on his assassination targets.[1]

During the Italian Renaissance, whenever Ezio Auditore da Firenze committed a crime, the heralds began warning the people about the presence of the Assassin. To keep himself hidden, Ezio often bribed the heralds with 500 florins, encouraging them to speak of other matters.[2][3] Similarly, in Constantinople Ezio bribed heralds with 100 akçe.[4]

The heralds in Florence, Venice, Forlì and San Gimignano warned the public about the black plague,[2] while the heralds in Rome warned about swine flu and syphilis.[3]

In Constantinople, heralds talked about the war between Selim I and his father Bayezid II. They also commented on Manuel Palaiologos, Byzantines, and Ezio's assassination of Tarik Barleti.[4]

The fires of war consume the land, and thousands of lives are lost in its defense! It seems a tragedy, but I say, this is an honor! To die in service to God, fighting for what we believe in! There is no greater glory than this!

Be wary, friends! The Shayṭān is everywhere! Watching! Waiting! He tempts us always! Be strong! Strong like Salāḥ ad-Dīn, and take up arms against our enemies in whatever way you can!

Curse him! Curse the Christian King and his army of infidels! They go against the will of God, and must be made to pay! Everywhere they ride, they leave only suffering in their wake. They say it is a crusade. A crusade for what? Ignorance? Violence? Madness? We must resist! We must fight them in any way we can!

South comes the English pig and his infidel army! They leave horrors in their wake! Salāḥ ad-Dīn rises to meet him, that these barbarous acts might be avenged! Pray that God, glorious and exalted is He, finds favor with us, that He may grant us victory!

I stand before you to deliver a warning! Should Richard take Jaffa, there will be no stopping him! He will march on Jerusalem next! We must end this before it has a chance to begin. That city is ours, has always been ours. And it is our duty to defend it until death! The crusaders must be destroyed!

Praised be Salāḥ ad-Dīn! He has found the strength to stand in defense of our great civilization! Make no mistake, it is our very existence we are fighting for! The infidel King would see us all wiped from the world! We must resist, we must push back!

We've turned away from God. And so he punishes us! Sends hordes of heathen warriors to gather at our gates! But God is also merciful! And our past misdeeds may be forgotten! All we need do is ask! And so, I say to you, repent! Lay down before Him and confess your sins! He will forgive. Such is his nature. And beg forgiveness we must, for only when our hearts and minds are cleansed can victory be assured!

Be not afraid. Fear and doubt are the weapons of our enemies! Do not listen to their lies! Poisonous words meant to sow the seeds of confusion! If you find yourself tempted, go and pray! Ask God for direction! If your heart is pure, He will surely answer!

A plague upon Saladin! A plague upon his people! We came in peace to the Holy Land to spread the message of our Lord, but they turned away! They refused to accept Him as their savior! These men hold evil in their hearts, and so blessed Richard, King and savior, now stands against them, defending us from their wicked ways!

The Saracens are routed at every turn! We cast them out of Acre, and pushed them from the countryside! Now, they retreat to the south, begging Saladin to save them! But he will not succeed, for none can withstand the might of King Richard's army! He is graced by God! It is only a matter of time, friends, before all the land is ours once more, just as it was meant to be!

Stay strong, citizens! Remain fixed in your beliefs! Though the road is long and your trials many, know that God watches over you, it is his hand that guides our warriors to victory! First in Acre, soon in Jaffa!

Be strong, stand firm! Do not give up! Without our support, Richard and his men cannot hope to free the Holy Land! We must do all we can to aid them in their cause! Tend to your fields. Provide aid to the wounded. Pray for those who sacrificed in service to the Lord. We must all do our part!

Civilians listening to a herald in Acre

A herald in Rome

A herald in Constantinople 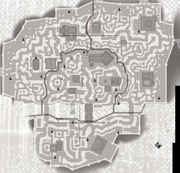 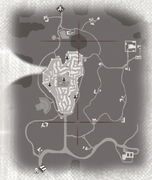