A War in the Shadows Event

1493
Hell's Horses was an altered representation of a fragmented genetic memory.

Clues we gathered from the bodies of the Templar agents we removed from the streets of Florence leads to a shared meeting point: an old abandoned manse once belonging to the noble Contarini family.

It has belonged to them for over a century, but no one has lived there for at least twenty years. We need to get into that manse and see if er can find some information about the Templars' plans for the city. With luck, we may be able to find some of the abducted Florentines as well.

The Spanish Assassins made their way through the manse, eventually finding Perina di Bastian in an upper-level study.

The Spanish Assassins infiltrated the mansion and met the Italian Assassin Perina di Bastian, who revealed suspicious notes from a member of the Contarini family and informed them of her partner's unfortunate situation. 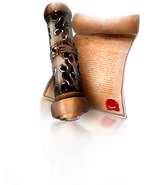