The Hekatoncheir (pl. Hekatonchires) was a monstrous hybrid-creature created by the Isu Aita and his wife Juno as part of the Olympos Project. Powered by multiple Precursor relics and made up of multiple kidnapped human vessels, the creature was created in a laboratory under Poseidon's palace.

In a simulation of Atlantis created by Aletheia, Aita and Juno attempted to unleash the creature in order to prevent the human population of the city from ever revolting. While Poseidon kept them both at bay, he instructed the Spartan misthios Kassandra, whom he had chosen as his dikastes, to put an end to the project and eliminate the creature. After a lengthy battle with the monstrosity, Kassandra defeated it and claimed the Atlantis artifact known as the Prize of the Hekatonchires from its remains.[1]

In Greek mythology, the Hekatonchires were the three children of Uranus and Gaia, named Cottus, Briareus (or Aegaeon), and Gyges. Monstrous giants with fifty heads and one hundred arms, their collective name, "ἑκατόγχειρος" (hekatónkheiros), literally meant "Hundred-Handed". The Hekatonchires and their cyclopean brothers Brontes, Steropes, and Arges were cast into the pits of Tartaros by their father, who was repulsed by their appearance and fearful that they would usurp him, but were later freed by Zeus during the Titanomachy. In gratitude for them playing a decisive role in the Titans' defeat, Zeus appointed the Hekatonchires as wardens of Tartaros, where the Titans were imprisoned for eternity. 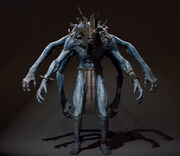 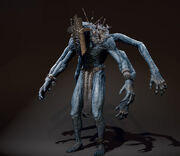 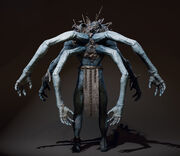 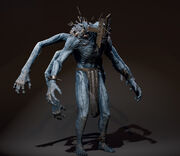