The Guardians are high-ranking individuals within the hierarchy of the modern day Templar Order. They are responsible for reviewing major decisions made by members of the Inner Sanctum of the Templar Order, before passing them on to the General of the Cross for approval. The Guardians are answerable only to the General of the Cross, and are above the Grand Masters in the hierarchy.

There are three Guardians active at any one time; in 2014, Alan Rikkin held one of these seats. 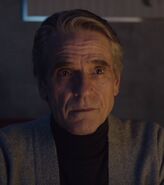