Rob Zombie's French Revolution (also known simply as Assassin's Creed: Unity short film) is a motion comic short-film written by Rob Zombie and illustrated by Tony Moore. Set during the events of Assassin's Creed: Unity, the film depicts the events of the Reign of Terror and the execution of Maximilien de Robespierre during the French Revolution. Rob Zombie gave his voice to the short's narrator while Fèodor Atkine played the part of the executioner. 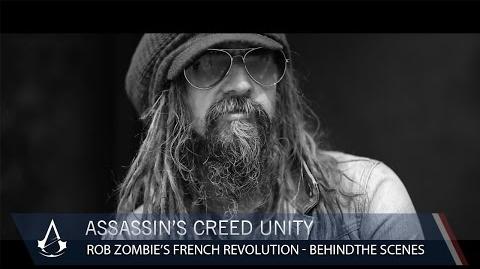