"Your son's death made the Order bow to me. Caesar, even. I had Rome. It gave me an empire of a thousand sons, each one greater than the last."
―Flavius to Bayek, 47 BCE.[src]-[m]

Roman Republic
Order of the Ancients

Flavius Metellus (c. 90s BCE – 47 BCE), also known as the Lion, was a Roman general and the proconsul of the Cyrenaica during the 1st century BCE. A close ally of Julius Caesar, he was also the leader of the Order of the Ancients, secretly leading the order in the Ptolemaic Kingdom.

Flavius was born in the Roman Republic to an old patrician family which had lost much of its wealth. Although initially married to an unknown woman who he had a son with, Flavius later married another woman named Porcia Orestilla, which helped to restore his family's treasuries.[1]

Flavius later rose through the ranks of the Roman army and became a close ally to Julius Caesar. Due to his distinguished military career, he was later selected to become the proconsul of Cyrenaica, a position he held until his death.[1]

Quest for the vault

"The Snake takes that as your answer."
―Flavius, moments before killing Khemu. 48 BCE.[src]-[m]

By 49 BCE, he joined the Order of the Ancients and became one of its leaders. That year, he and his fellow members travelled to Siwa having discovered an Isu vault beneath the Temple of Amun. The Order hoped to claim an Isu artifact hidden within the vault, using the Apple of Eden in their possession. However, when the temple priests refused to cooperate, the Order decided to coerce the Medjay Bayek into helping them unlock the vault.[2]

They had their soldiers capture Chenzira, a friend of Bayek's son Khemu, and convinced the boy and his mother Rebecca that they only wished to speak with the Medjay. Chenzira led the soldiers to Halma Point, where Bayek was defeated in combat and knocked unconscious, after which he was brought inside the Temple of Amun and before the Vault door. Flavius's fellow member Medunamun showed Bayek the Apple, but the Medjay did not know how to unlock the vault door. Frustrated, Flavius kicked Bayek to the ground, but was calmed down by Pothinus.[2]

Before the interrogation could continue, the Pharaoh Ptolemy XIII, who accompanied the Order to Siwa, came to investigate. Flavius and some of the other members went to distract the Pharaoh. Khemu managed to steal a knife for Bayek, allowing the Medjay to cut free his bindings. Returning, Flavius then brandished a sword at Khemu, threatening to cut the boy's heart out if Bayek would not tell them how to open the vault. Bayek then broke free of his restraints, and a scuffle broke out between him and the Order.[2]

Bayek pinned Flavius, holding the knife to Flavius's throat. The Roman simply sneered, taking Bayek's assault as his answer, and deflected the blade away. The blade instead struck Khemu in the chest, killing the boy instantly. A grief-stricken Bayek attempted to attack Flavius, but the latter used the Apple to knock the Medjay out. Flavius and the rest of the Order then fled the scene, leaving the Medjay for dead.[2] Unbeknownst to Flavius, Bayek had in fact survived and began hunting down all involved in his son's death a year later. He later learned of the Order's existence and thus allied with Cleopatra to track down and assassinate every member of it.[3]

During the Roman Civil War, Flavius accompanied Caesar during his pursue of his son-in-law Pompey to Egypt. Arriving in Alexandria, they were greeted by Ptolemy XIII, who presented the head of Pompey to Caesar, in hopes of gaining an alliance. During their meeting however, they were interrupted by the arrival of Aya, Bayek, and Apollodorus, who carried Cleopatra into the palace within a rug. When Ptolemy demanded his guards to eliminate them, Flavius clashed with the guard but stood down at Caesar's command. Caesar demanded an audience with Cleopatra alone, ordering Flavius and Cleopatra's followers to leave the building.[4]

The next day, Flavius entered the now open Tomb of Alexander the Great, reporting to Caesar that Lucius Septimius, the Gabiniani, and Ptolemy's forces had attacked the Roman legions. While Aya and Bayek left to rescue the emissaries, Flavius remained with Caesar in the tomb, informing him of "friends" he hope to introduce him to.[4] After the Battle of the Nile, Flavius used his considerable political power to have his fellow Order member Septimius spared from judgement and even offered Septimius a position next to Caesar himself, an act which greatly enraged Bayek and Aya.[5] While the city celebrated Caesar's success, Flavius and Septimius broke into Alexander's tomb to retrieve his staff, but were encountered by Apollodorus who had begun to suspect Caesar and Cleopatra and their actions and intentions. They managed to wound him and steal the Apple from him, after which Flavius and Septimius headed back to Siwa to finish what they had started two years ago.[6]

After leaving the chamber, Flavius marched to Cyrene, where he had been appointed proconsul. Bayek had tracked him down to the city, and they clashed inside the Roman Akropolis. Despite Flavius' use of the Apple, Bayek was able to defeat him, and thus finally avenged Khemu's death.[7]

Impetuous and intensely hostile, Flavius was defined primarily by his pathological, megalomaniacal ambition, [citation needed] and would use any opportunity to improve his lot, be it personal or political, as shown when he reportedly murdered his first wife and son in order to be married into a wealthy family, thereby restoring his own family's wealth. Although one of Caesar's loyal allies, Flavius saw the alliance as being built on his own personal wealth and strength instead of trust and respect.[1]

Flavius possessed a ferocious temper, and was prone to violent outbursts, as shown when he stuck Bayek in impatience while his compatriots were interrogating him. Other members of the Order, especially Pothinus, seemed to consider him a loose cannon. Juxtaposed to Septimius' aggressive efficiency, Medunamun's cynical philosophizing, Pothinus' desperate moralizing and Rudjek's shallow avarice, Flavius was motivated by pure egoism, and his nigh-unhinged sadism made it easy for him to commit any atrocity that fed his delusions of grandeur, even acts his co-conspirators found contemptible or unnecessary. He had no scruples whatsoever, and openly admitted to feeling not a shred of remorse for his role in the murder of a child, even going so far as to goad and mock his victim's distraught father. [citation needed]

In spite of his viciousness, Flavius could also be manipulative. He was able to convince Caesar to spare Septimius, and recruited him into the Order of the Ancients, shaping him to be the organization's leading figure. In particular, he looked down on the Egyptians, believing them as a resource to be exploited for his own and Rome's gain.[8]

When in control of the Apple of Eden, Flavius displayed a number of miraculous abilities. He was shown to possess the power to control the wills of the people and make them do things they would never do such as make them walk into a fire, force them to willingly allow themselves to be eaten by a lion, write his name on walls, dance themselves to death, murder each other, recite love poems devoted to him, make women leave their families and proclaim their love for him, turn them into rapists and recite Order of Ancients propaganda. He was also able to create tangible-holograms of his former brothers which attacked Bayek. He could also turn invisible, project golden energy and fire a kinetic blast which slowed down Bayek momentarily. He was also a skilled swordsman and hand-to-hand combatant.[8] 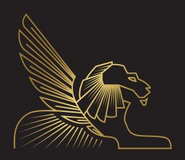