25 May 916
County Westmeath, Kingdom of Meath

During the 9th century, the Viking jarlskona Eivor Varinsdottir of the Raven Clan journeyed to Ireland and met the king to discuss the looming threat of the Druidic Children of Danu over the Christian Norse-Gaelic order.[1]

Flann was born either in 847 or 848 as the son of the High King Máel Sechnaill and Land ingen Dúngaile.[2] After Máel died in 862, allegedly due to being murdered by his nephew Áed Findliath, the High Kingship passed on to the Northern Uí Néill, with Áed succeeding Máel. As per customs, Áed then went on to marry Flann's mother, which Flann deeply despised.[3][4]

Flann then spent the rest of his adolescent years in and around Ireland, meeting and befriending the various petty kings throughout the island, hoping to one day use what he'd learned to unite Ireland and end the alternating of kingship once and for all.[4]

In 877, Flann murdered his second cousin and King of Meath Donnchad mac Aedacain to become its next king, and the head of the Southern Uí Néill.[5] After Áed Findliath died in 879, Flann was elected to be the next High King, with his coronation taking place at the Hill of Tara as per Irish customs.[4] 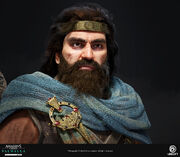 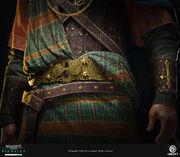 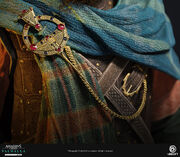 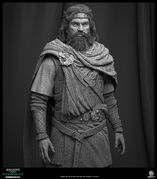 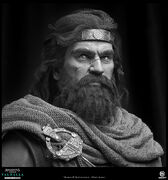