Firearms are a class of long-ranged weapons that launch projectiles at a high velocity through the confined burning of propellants. They were used as early as the late Middle Ages.

"The knowledge of projectile combat is not new to us, having been observed amongst our Eastern neighbors. But their weapons were much larger – and insufficient for our needs."
―Altaïr Ibn-La'Ahad's Codex, page 28.[src]

Though he knew of firearms being used in ancient China, the Levantine Assassin Altaïr Ibn-La'Ahad took little interest in them, realizing that they were of no use to his Order in their current size.[1]

As such, upon obtaining the Apple of Eden, he successfully utilized the knowledge it held to condense the design, "embedding their fiery weapon into a form that can be worn on the wrist".[1]

Along with the formulation of a combustible powder that could be made from common ingredients, Altaïr kept the schematics for the Hidden Gun a secret, available to only the Brotherhood's most trusted allies. Sometime afterwards, he recorded all details of these in his personal journal.[1]

In Italy during the Renaissance, another Assassin, Ezio Auditore da Firenze, came into possession of Altaïr's Codex and showed the pages to Leonardo da Vinci. Leonardo deciphered the instructions, and as a result was able to construct the Hidden Gun for Ezio's use.[2]

Though firearms were uncommon until the early 16th century, after Cesare Borgia forcibly recruited Leonardo into his employ around 1499, the engineer was made to design a wheel-lock firearm for use by the Borgia armies.[3]

Cesare's ally, the French baron Octavian de Valois, received a personal golden wheel-lock firearm from Leonardo, and kept it with him at all times. During the Siege of Monteriggioni, Cesare used this pistol to kill Mario Auditore.[3]

A variety of firearms began to circulate among common guards as well, with arquebusiers wielding long muskets or arquebuses, and with several horsemen and Papal Guards using shorter pistols.[4]

During Ezio's travels to Constantinople, he encountered Ottoman soldiers using flintlock muskets,[5] as well as Janissaries who used short pistols.[6] The local Ottoman Assassins also made use of firearms to guard nearby dens, ranging from simple muskets to cannons.[7]

Meanwhile, the Byzantine Templars had designed an early version of a flamethrower, which they used to deliver Greek fire.[8] They also had a form of a machine gun, which was similar in construct to Leonardo da Vinci's prototype.[9] Both of these were then later adapted by the Assassins in order to aid them in defending their dens.[7]

After the discovery of the Americas, and as European powers entered an age of colonization, firearms became much more common. By the early 1700s, muskets with bayonets had become standard equipment for armies and navies, while high-ranking soldiers like officers[10] and Jägers[11] wielded flintlock pistols.

As it still took time to reload and clean firearms, pirates were usually accustomed to carrying multiple pistols at any one time. Edward Kenway and Edward Thatch, for example, carried up to four and six pistols on their person, respectively. Kenway also utilized a custom-made set of pistol swords, deadly blades with small, smoothbore pistols built into their hilts. These were fired by squeezing a trigger built into the sword's pommel, and could be used for finishing moves in combat.[10]

Notably, the West Indies Assassin Adéwalé would use powerful blunderbusses during his alliance with the Maroon rebellion of Saint Domingue. These weapons used tightly-crowded packets of lead shot and featured a wide spread of fire, able to wound or kill up to five targets at once, as Adéwalé discovered while chasing the island's slave-trading governor, Pierre, Marquis de Fayet.[12]

During the Seven Years' War, the Assassin-turned-Templar Shay Cormac used a prototype firearm known as an air rifle. Using compressed air, it functioned as a diversionary weapon, firing a variety of poison darts that could cause distractions.[13] Shay later acquired an attachment from the inventor Benjamin Franklin, allowing him to fire various grenades to create larger distractions.[14]

The French-African Assassin Aveline de Grandpré was able to wield muskets, as well as two Queen Anne pistols. Similar to the flintlock pistols, these were single shot weapons and took time to reload. Other firearms, some of which were capable of firing multiple times before reloading, could also be bought at weapon shops.[15] Much like Aveline, the Colonial Assassin Connor could make use of various firearms. By the time of the American Revolutionary War, he too was able to purchase some pistols that were advanced enough to carry two or more shots at a time.[11]

In Arno Dorian's quest during the French Revolution to redeem his failure to stop his adoptive father's murder, the French Assassin utilized many guns, ranging from multi-barreled flintlock repeater pistols to long-range rifles.[note 1][16] While on sabbatical in Franciade after the Revolution, he acquired a set of guillotine guns, specialized weapons combining a miniature mortar launcher with an axehead attached to the end of the barrel.[17]

With the technological advancements of the Industrial Revolution in Victorian London, the revolver pistol was equipped by the twin British Assassins Jacob and Evie Frye in their efforts to free the city from the century-long rule by the British Templars,[18] and later stop Jack the Ripper's reign of terror during the 1888 Whitechapel murders.[19] Revolvers continued to be used until at least World War I, with the design being unchanged by the time Lydia Frye saw action in the home front.[20]

During the late-19th and early-20th century, in the Russian Revolution, the Russian Assassin Nikolai Orelov wielded a modern bolt-action Berdan rifle, alongside the usual weaponry of his time.[21][22] Custom-made by an old friend, Orelov's rifle featured a fire suppressor, as well as the ability to fire the cartridges typically used by the Russian army.[23] British soldiers were using SMLE rifles as their standard issue weapon during World War I,[20] and by World War II, German soldiers had taken to using both rifles and MG34 machine guns.[24]

In 2012, Assassins continued to wield firearms in combat, and once used them on a direct assault on Abstergo Industries in an attempt to rescue Desmond Miles; though Desmond overheard exchanged automatic gunfire through the facility's intercom, Dr. Warren Vidic eventually told him that the rescue attempt had failed, and that most of the team had been killed.[25] Firearms were also, at this point, standard equipment for Abstergo Industries' guards in the Rome facility.[26]

Once during a night-time infiltration of a Manhattan office building, Desmond Miles came across a power source for the Grand Temple and aimed to retrieve it from its case. Despite his acquisition of the battery, Daniel Cross surprised and threatened Desmond with a pistol; undeterred, Desmond knocked Cross unconscious with the power source and left.[27] When Desmond later searched for the second source at a mixed martial arts tournament in Brazil, Cross killed its owner and proceeded to shoot after Desmond, with Abstergo guards also doing so. However, this did not prevent Desmond from fighting Cross and taking the second power source.[28]

In December of that year, once Desmond had assassinated Cross at Abstergo's Rome facility in his attempts to rescue his father, Warren Vidic authorized security to use deadly force on contact with Desmond. However, he took Cross' MK 23 pistol with a suppressor attachment and used it in the latter half of his assault.[26] The following year, when the Sage John Standish attempted to kill a Helix research analyst working with Abstergo Entertainment, the facility's guards shot through the Bunker's glass door and killed John when he produced a handgun of his own.[29]

In 2016, Shaun Hastings, Rebecca Crane, and Galina Voronina attacked the Templars Isabelle Ardant, Juhani Otso Berg, Violet da Costa, and the task force known as Sigma Team in the vault beneath Buckingham Palace. In the fight to take the Shroud of Eden which had been locked away, Violet drew her pistol and shot at Shaun, only for Rebecca to jump in front and take the bullet. As the Templars escaped with the Shroud, Shaun called for extraction, prompting Galina to throw a smoke canister and singly-handedly eliminate Sigma Team, who could only fire blindly in the thick smoke.[30]

In late 2017, a new Sigma Team raided the hotel where Abstergo doctor Deanna Geary had been staying while her research partner Layla Hassan investigated the Qattara Depression in Egypt. When Hassan had failed to provide regular updates, Abstergo dispatched the strike team to eliminate the scientists and prevent the data from leaving the company, but only found Geary mid-phone conversation with Hassan. To Layla's horror, Geary's earpiece transmitted the sounds of Sigma Team as they fired at Geary,[31] killing her.[32] 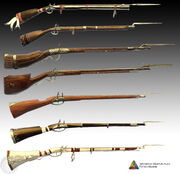 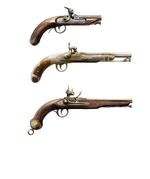