Eudoros (c. 100s BCE – 48 BCE), also known as the Hippo, was a Greek scribe who served in the royal court of pharaoh Ptolemy XIII. He was also a member of the Order of the Ancients who sought to manipulate the young pharaoh for their own gain.

Hailing from Greece, Eudoros excelled at the Peripatetic school of philosophy, becoming an accomplished philosopher.[1] He later moved to Alexandria, where he became one of the most respected intellectuals in the city, eventually becoming a scribe in Ptolemy XIII's royal court. Eudoros also suffered from a discomforting skin condition, resulting in him frequenting the bathhouse to ease his condition.[2]

At some point in 48 BCE, Eudoros wrote a work on the Nile like his fellow philosopher Aristo of Alexandria. Eudoros plagiarised his work on the Nile and after months of argument used his position as the Royal Scribe to accuse and charge Aristo with plagiarism, causing him to be arrested by the phylakitai.[3]

That same year, Eudoros wrote a letter to Medunamun, a fellow member known as The Ibis, informing him to remain vigilant due to recent deaths of the other members, namely Rudjek, Actaeon, and Ktesos. Eudoros kept these letters in his office at the Ptolemaic Royal Palace, and they were eventually found by the Medjay Bayek of Siwa, who later infiltrated the bathhouse that Eudoros was in and killed him with the Hidden Blade. The incident cost Bayek his ring finger during a brief struggle between the two. As Eudoros laid dying, Bayek accused him of being the Snake, who was responsible for his son Khemu's death, but Eudoros told him he had nothing to do with what happened in Siwa and taunted that the Snake could never die.[2]

Sometime after his assassination, Bayek found out from Cleopatra that the Snake was, in fact, an alias for the Order of the Ancients itself, and that Eudoros was called the Hippo.[4] 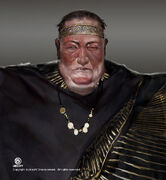 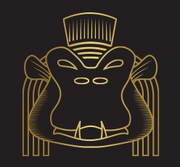