"There was once a man called Duccio, a rat with lecherous taste.
Whenever he would show himself, my fist would find his face."
―Ezio Auditore sings of his run-ins with Duccio.[src]

Duccio de Luca (1462 - 1520) was a member of the Florentine nobility, who eventually became a trader, ferrying merchandise between Rome and other cities.

As of 1476, Duccio was engaged to Claudia Auditore da Firenze.[1] However, he engaged in affairs with up to six other women at the same time,[2] claiming that his father had told him he could "do much better than an Auditore."[1]

After Claudia was informed of this by other girls, her brother Ezio met with Duccio outside the Duomo. There, he beat Duccio up as payback, and warned him to stay away from Claudia.[1]

Life as a trader

In 1506, Duccio visited Rome on business, where he learned that Claudia had become the Madame of the Rosa in Fiore, Rome's most popular brothel. Chancing upon Ezio again, Duccio provoked him into a fistfight, despite Ezio initially refusing due to their age.[3]

Though aided by several henchmen, Duccio was unable to best Ezio. Grabbing Duccio by the collar, Ezio then demanded the location of the three Leonardo da Vinci paintings that Duccio had acquired. The cowed merchant admitted that one was on his ship, while the other two had already been sold.[3]

Upon insulting Claudia further, Duccio was ultimately knocked unconscious by Ezio, and left on the docks.[3]

In 1511, Duccio wound up in Constantinople, the capital of the Ottoman Empire, where he encountered a Venetian woman named Sofia Sartor. He attempted to flirt with her, claiming that it was fate that had brought them together, though she was simply disgusted by him.[2]

Duccio was soon interrupted by Ezio, who had become close to Sofia. Terrified upon recognizing his old enemy, Duccio fled, crying to Sofia to run from the "devil."[2]

In later life, Duccio's business failed, and he was left penniless. He barely survived, only just managing to scrape a living, and later died due to rabies, which he likely received from a dog bite.[3] 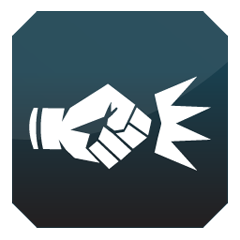 Duccio giving the woman a ring.

Duccio with a woman on the docks of Rome.

Ezio and Duccio in Rome.

Duccio knocked out after the fight.

Duccio trying to flirt with Sofia Sartor.
Add a photo to this gallery

Retrieved from "https://assassinscreed.fandom.com/wiki/Duccio_de_Luca?oldid=418523"
Community content is available under CC-BY-SA unless otherwise noted.