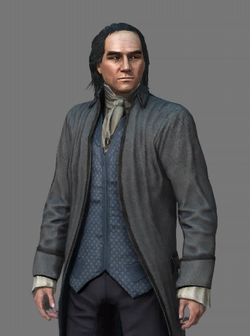 Molineux doesn't usually make the list of well-known revolutionaries, mostly because he didn't live to see the outbreak of the revolution (he died in 1774). He was, however, one of the major Whig agitators in the years before the war started - right up there with Samuel Adams, and John Hancock.

Molineux was a British-born merchant and supporter of the Patriot cause. As far as revolutionaries go, that makes him a bit of an outlier - British-born Colonists tended to be Loyalists. He was Anglican as well - and those congregations were decidedly British leaning.

However, you couldn't doubt Molineux's devotion to the cause. He was known for being something of a hothead. So much so that he threatened people with death when the violated boycotts on British goods. Seems a bit extreme. He'd have a bloody FIELD day on forums.

On the night of the Boston Tea Party, Molineux disappeared from the crowd outside the Old South Meeting House - though almost every other well-known revolutionary leader was there, still talking to the crowd. Molineux was, of course, supervising the dumping of the tea. For this reason alone, I am prepared to call him the most evil man in history.

Retrieved from "https://assassinscreed.fandom.com/wiki/Database:_William_Molineux?oldid=804028"
Community content is available under CC-BY-SA unless otherwise noted.