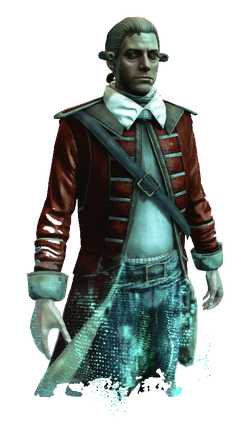 The course of the 18th Century saw the British Empire become the world's leading colonial power, with France and Spain as its primary rivals.

After siding with the Netherlands and the Holy Roman Empire in the War of the Spanish Succession, the British Empire expanded, gaining territories from both Spain and France, and taking over control of the Atlantic slave trade in "Spanish America."

Retrieved from "https://assassinscreed.fandom.com/wiki/Database:_The_British_Empire?oldid=718566"
Community content is available under CC-BY-SA unless otherwise noted.