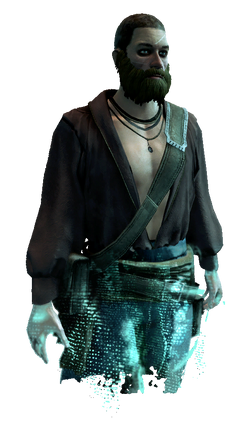 Often used interchangeably, there are a number of important distinctions to make between these infamous, high-seas swashbucklers...

PIRATES: Criminals on the open sea who use coercion, intimidation and violence to rob innocent people of their cargo and transport. The term pirate is a catch-all and may be used generally to refer to all who perform acts of larceny on the open ocean. Pirates have been a problem since the advent of long-distance ocean travel; every age has seen its share of pirates, and every age has cursed their name and romanticized their cause.

During the so-called "Golden Age of Piracy" (roughly 1650 to 1725), the majority of pirates were from the British Isles. Most were young men in their 20s and almost all had already gained some experience as sailors prior to falling into piracy.

BUCCANEERS: Though often used as a synonym for Pirates now, the term Buccaneer refers more specifically to a group of pirates who lived and operated in the West Indies in the middle of the 17th century. Best known for attacking settlements and fortifications on land in large groups, the Buccaneers derived their name from the French Boucanier -- an instrument used for smoking strips of meat over an open fire, a favorite sort of sustenance for these terrestrial pirates.

PRIVATEERS: Privateers were non-commissioned sailors who attacked and robbed given a Letter of Marque by their King or their king's official (such as a Governor). Thus the distance between a Pirate and a Privateer is but a hair's breath of difference -- Pirates simply sail for one Monarch fewer.

Retrieved from "https://assassinscreed.fandom.com/wiki/Database:_Pirates,_Buccaneers,_and_Privateers?oldid=846381"
Community content is available under CC-BY-SA unless otherwise noted.