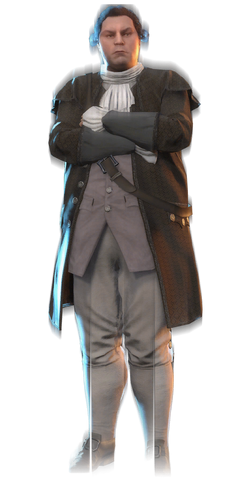 The French playwright and inventor best known for his three Figaro plays. He dabbled in everything - arms dealing, diplomatic negotiations, watchmaking, rebellion, the slave trade, literature; early on, he even gave music lessons to the daughters of Louis XV. He covertly helped the American revolutionaries in their bid for independence, and his play, The Marriage of Figaro, helped foment popular discontent against the aristocracy in France. However, once the Revolution began, he ran afoul of the Revolutionary Committee and landed in the Abbaye prison. He narrowly escaped the wave of killings of 1792 known as the September Massacres, having been released literally the night before they began.

Retrieved from "https://assassinscreed.fandom.com/wiki/Database:_Pierre-Augustin_Caron_de_Beaumarchais?oldid=797177"
Community content is available under CC-BY-SA unless otherwise noted.