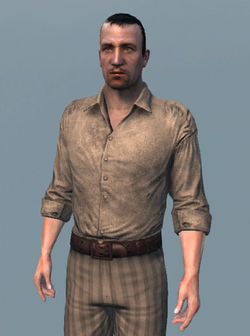 Mason Locke Weems (later known as Parson Weems) was a one-time parish rector who became a travelling bookseller, writer and editor. He's mostly famous for his biography of the life of George Washington, first published in 1800. He was briefly the rector of Mount Vernon parish, meaning he counted George Washington as one of his parishioners.

Weems also went on to write biographies of Benjamin Franklin, Francis Marion, and William Penn - again, prizing being entertaining over actual fact. They sold well, however - paving the way for tabloid newspapers everywhere.

Retrieved from "https://assassinscreed.fandom.com/wiki/Database:_Mason_Locke_Weems?oldid=804136"
Community content is available under CC-BY-SA unless otherwise noted.