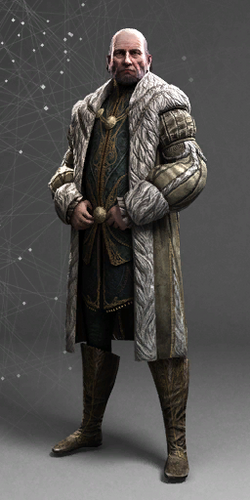 The eldest of two brothers, Egidio was the son of a Senator who had the bad luck of following in his father's footsteps. Described as a naïve idealist in a letter from his brother, Francesco, Egidio attempted to bring back the era of the Roman commune when the Senate, the Conservatori, stood at the head of a democracy. Problem was, the Papacy wanted Rome all for itself.

As the century came to a close, the Pope seized control of Rome's urban planning, public works and finances, leaving the Conservatori with little more to do than plan festivals. Egidio, seeing his fellow Senators turn a blind eye as the Campidoglio slowly became a living museum, seems to have grown jaded: "Am I the only one in all of Rome who continues to seek freedom and justice?" he writes in a letter dated 1494. Records kept at the Rosa in Fiore indicate he began visiting regularly in 1495.

Meanwhile, Egidio's brother Francesco went to work for the Pope as his chamberlain and secretary, becoming good friends with Cesare, such good friends, in fact, that he was called "one of the Borgias' most trusted assassins." A letter sent to the Venetian ambassador in 1503 detailing Cesare's war plans for the region reveals his hatred for the Cesare and his brother's inability to keep secrets while under the influence.

Retrieved from "https://assassinscreed.fandom.com/wiki/Database:_Egidio_Troche?oldid=806810"
Community content is available under CC-BY-SA unless otherwise noted.