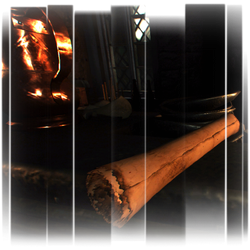 The Marquis de Condorcet was a great revolutionary thinker. He was a powerful Girondins, and member of the Assembly. As the Girondins fell out of power, he was accused of treason and went into hiding. In 1794, he attempted to flee Paris, was caught and then mysteriously found dead in his cell two days later.*
--
* He may have been murdered by those searching for his final manuscript. See below.
--
The Marquis de Condorcet's manuscript "Sketch for a Historical Picture of the Progress of the Human Spirit," released in 1795 after his death, was a very important piece of Enlightenment philosophy. It succinctly argued that man is evolving toward a more perfect self through knowledge. That we can teach each other to become better, more perfect people. This myth has been largely disproven today.**
--
** The Templars clearly do not approve of Enlightenment thought, and why should they? It might make their consciences tinge while they're busy enslaving the masses. In fact, they probably killed Condorcet himself.
--

Retrieved from "https://assassinscreed.fandom.com/wiki/Database:_Condorcet%27s_Manuscript?oldid=719660"
Community content is available under CC-BY-SA unless otherwise noted.