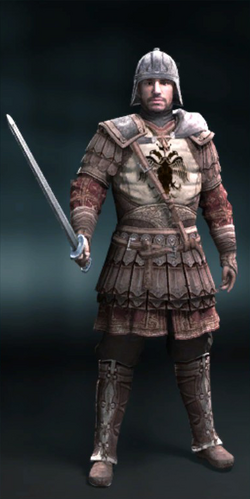 In 293 CE, the Roman Emperor Diocletian, having come to feel that his Empire had grown too large and complex to be ruled by one man, appointed three others to rule as his equals. Known as the "Rule of the Four" this infamous tetrarchy stands out as being one of the all-time worst ideas in the history of governance. In just three decades, Constantine I - the most ambitious of the new Emperors - eliminated his rivals and proclaimed himself the sole Caesar of the Roman Empire. Immediately after taking charge, Constantine made a second earth-shaking decision: he would move his kingdom's capital 1000 miles east to the site of ancient Byzantium, a small city on the border between Europe and Asia, founded by Doric Greeks almost a millennium earlier.

Constantine set about rebuilding this ancient city to his strict specifications with the aim of creating the world's first Christian Empire. When construction was finished in 330 CE, the city had transformed was rechristened "Nova Roma Constantiopolitina" - "New Rome, City of Constantine". It was to be the center of a new glorious new Empire founded on Constantine's peculiarly militant form of Christianity, for he was a man who equated the cross with the sword - one a perfect inversion of the other. In Constantine's mind, his preferred faith should be spread by forceful example, not passive adoption.

Lasting more than one thousand years, the borders of this new Roman Empire - called the Byzantine Empire today - fluctuated wildly over its long life, its borders expanding and retracting like the tides of a great sea. But for all its peripheral movements, its axis remained fixed on the great city of Constantinople. Even as the Empire changed hands between Greek, Latin, and Macedonian dynasties, Constantinople's importance was constant. But the Empire it held in place would not be. Beginning in 1261, with the expulsion of the Latin Emperor, Emperor Michael Palaiologos established what would be the last of the great Byzantine dynasties.

For all Michael's efforts at rebuilding, the thirteenth-century Byzantine Empire possessed only a fraction of its former land and influence, and under the subsequent reign of Andronicus II Palaiologos, it declined even further. By 1400, the Empire occupied only a small portion of Thrace and a few islands in the Mediterranean. The astounding growth and expansion of the Ottoman Empire had swallowed up all Byzantine holdings on the Anatolian peninsula and was now threatening to engulf them from the north as well.

In 1397, Ottoman Sultan Bayezid I waged an unsuccessful attack on the city, which gave the Byzantines a minute sense of relief in the ensuing years. But it was soon clear the Ottoman juggernaut could not be stopped. In the first decades of the fifteenth century, Byzantine Emperors begged leaders in Western Europe for aid - but ongoing wars and the complicated feelings held by the Catholic West about their Orthodox cousins led only to a series of half-hearted gestures and occasional alliances.

At long last, in 1453, the invasion so many Byzantine Emperors had feared for nearly a century came to pass. Led by the Sultan Mehmet II - Mehmet "The Conqueror" as he was later known - a massive Ottoman army marched to the walls of Constantinople and laid siege. Emperor Constantine XI fought the invaders bravely for almost 2 months but succumbed in the end. His city was ruined and decrepit, his soldiers were brave but exhausted, and there was no point fighting what all knew was inevitable.

Still, Constantine gave it has all. On his final day, he attended mass with his generals, then returned to Blachernae Palace to await the final assault. When it came, the Emperor stripped off his royal garments and dove into the melee with his men, exclaiming "We are defeated, but I still live!" He was never heard from or seen again.

Retrieved from "https://assassinscreed.fandom.com/wiki/Database:_Byzantines?oldid=868989"
Community content is available under CC-BY-SA unless otherwise noted.