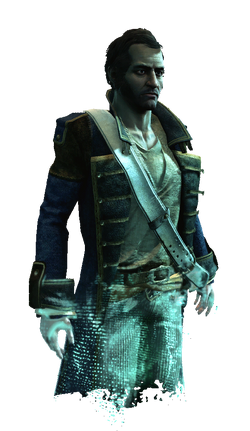 Benjamin Hornigold was likely born in Norfolk, England, although this has not yet been verified. All other information about his early life is unknown as yet. The first recorded instances of him are of his early exploits as a pirate in the West Indies around 1713-1714.

He was one of the earliest pirates to emerge after the end of the Spanish War for Succession, which gives us good reason to believe he was one of the many hundreds of privateers who were left without gainful employment in the ensuing peace. Like many other British mariners, Hornigold spent much of his time in the Bahamas, eventually settling in Nassau. It was from here he launched his career as a full-fledged pirate, though he likely thought of himself as a privateer - in the earliest years, at least.

A skilful sailor and strategist, Hornigold lacked some of the ruthlessness required to be a truly successful pirate, and until 1716, refused to attack English ships out of a sense of loyalty to his home country.

(Note: A pirate with a sense of honor... would make a superb hero, IMHO, if our edits to Edward Kenway don't pan out. -JM)

(Note: Agreed, J. His lack of facial hair is a bonus. The beards on most of these guys look like owl's nests. ugh. -ML)

Hornigold continued pirating throughout 1717 and 1718, always with a mind on improving the situation in Nassau. But when rumors began circulating that King George I of Britain had issued a full pardon to any pirates willing to cease all illegal activity and retire, Hornigold took stock of his stagnant situation and considered it seriously. This angered his closest associated -- Charles Vane most notable -- who considered the pardon to be a cowardly surrender.

Then came the day of reckoning -- in 1718, Captain Woodes Rogers arrived in Nassau with a fleet of seven tail-ships and declared himself the king's appointee as governor. With a mandate to rid the Bahamas of all pirates, Rogers was not a man to be trifled with. Hornigold, who had grown quite sick of defending a republic few were willing to back, surrendered to the governor and took the pardon.

In the year following, Benjamin Hornigold grew to admire Captain Rogers and worked as a privateer for the Governor as often as he could, ultimately raising his reputation far above what it had been as a mere pirate. But when his activities brought him back into the sphere of his old friend, the pirate Edward Kenway, his seemingly good fortunes came to an end.

Benjamin Hornigold died under mysterious circumstances in the summer of 1719, somewhere in the western seas of the West Indies.

Retrieved from "https://assassinscreed.fandom.com/wiki/Database:_Benjamin_Hornigold?oldid=718557"
Community content is available under CC-BY-SA unless otherwise noted.