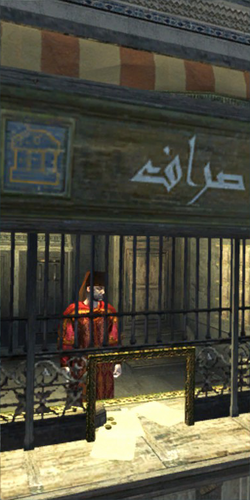 Due to a few tenets of Islamic law - especially the injunction against charging interest for profit - modern banking as we know it today was not officially endorsed by Ottoman authorities until the middle of the 19th century. In its place was a quasi-religious network of Waqfs - money lenders who were required to spend all their interest earned on social and religious programs.

Non-Muslim populations were exempt from these strictures, however, which led to the early formation of more familiar banking operations, especially in Galata where enclaves of Greeks, Jews, and Armenians flourished.

Retrieved from "https://assassinscreed.fandom.com/wiki/Database:_Bankers?oldid=863514"
Community content is available under CC-BY-SA unless otherwise noted.