Berenike (c. 100s BCE – 48 BCE), also known as the Crocodile, was an elderly Greek statesperson and the nomarch of Faiyum during the reign of Ptolemy XIII. She was also a member of the Order of the Ancients, using her control of the region to fund the organization's operations.

Around 48 BCE, Hotephres stole a magistrate's ledger revealing the identity of Berenike and her corrupt deeds. Apollodorus sent the Medjay Bayek of Siwa to recover the ledger from Hotephres but, unbeknownst to everyone, the latter's daughter Shadya had discovered the ledger and taken it with her. Having raided Hotephres' villa in Euhemeria, Berenike learned of this turn of events and had Khenut, Hotephres' wife, and Shadya kidnapped and brought to the lighthouse. Accompanied by gladiators from the Krokodilopolis Arena, Diovicos and Viridovix, Berenike ordered the gladiators to kill the child. When they refused, Berenike executed Shadya herself by tying her feet to large rocks and submerging her in the waters near the pier, drowning her.[1]

Having ensured her identity remained hidden, Berenike returned to Krokodilopolis, where she attended gladiator fights in the arena. Bayek, having learned that gladiators from the arena were involved in Shadya's murder, travelled to the city to track her down. The Medjay was reunited with an old friend of his, Kensa and together they fought and climbed the ranks to challenge the arena champions, Diovicos and Viridovix, as Berenike watched their fight. Realizing that Bayek was after her, Berenike left Krokodilopolis and returned to her villa in the Kerkesoucha Granary. She also became a patron to Kensa, promising her a luxurious life in exchange for her loyalty. Bayek followed Berenike to her villa, and killed her.[2]

As Berenike laid dying, Bayek accused her of killing Shadya. Berenike had no idea who the young girl was, and retorted that Bayek was unable to see what greatness laid in store for Egypt, like "all of [his] kind". Bayek told her that Shadya was Hotephres and Khenut's daughter, and the dying woman explained that the ledger would have destroyed all the Order's hopes, so she did what had to be done. In response, the Medjay vowed to destroy all she stood for and all those like her and declared she would die knowing the name of the innocent girl she murdered.[2]

The Crocodile claimed to believe in prosperity for Greeks and Egyptians alike and used that as the justification for her iron rule. However, this prosperity was a farce as it was the Egyptians who got the shorter end of the stick, being forced to live in guarded slums while the Greeks got the cream of the crop. A ruthless pragmatist, Berenike had no problems with ordering the death of an innocent little girl if that meant protecting the secrets of the Order of the Ancients. Even in death, she showed no remorse for her actions, considering them necessary expenses in the name of the Order's agenda.[3]

Berenike (Bερενίκη) is an Ancient Greek name meaning "she who brings victory". It is derived from the Macedonian name Phereníkē (Φερενίκη), composed of φέρειν (phérein) "to bring, bear, carry" and νῑ́κη (nī́kē) "victory, success". The name was commonly used by various Ptolemaic and Seleucid queens and royal daughters, including Cleopatra's elder sister Berenice IV who had briefly usurped the throne from their father. 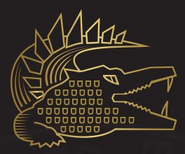