Assassin's Creed Wiki
Register
Don't have an account?
Sign In
Advertisement
in: Articles in need of sources, 1190 deaths, Individuals,
and 4 more

"This game of our is amusing, but it grows old quickly... Still, you have kept me entertained so far."
―Basilisk to Altaïr, 1190[src]-[m]

Basilisk (died 1190) was the de facto leader of the Knights Templar in 1190, presiding over the Crusaders' search for the mysterious relic known as the Chalice.

In 1189, when the Grand Master Gerard de Ridefort was executed by Saladin, Basilisk assumed leadership. In spite of this, he was not appointed Grand Master, leaving that position vacant. [citation needed]

The next year, the Crusaders and Assassins became embroiled in a contest for the Chalice, an artifact said to possess the power to unite the factions of the Third Crusade. When an Assassin agent managed to uncover vital information on this relic, Basilisk ordered his soldiers in pursuit. Catching him at a village on the outskirts of the Alep, they pried the intel from him before he died. There, the knights massacred its inhabitants, though they would be routed by the Assassins soon afterwards.[2]

This new information propelled the Templars much further towards their goal, and when it was understood that the artifact was held at the Temple of Sand, a fierce operation was underway to obtain the keys that accessed the elusive site. One of these keys soon fell into the possession of Basilisk himself while his forces captured an old man that had already visited the temple.[2]

Shortly afterwards, he moved his forces to Jerusalem, garrisoning at the palace of the King of Jerusalem. Whether he knew it or not, this transfer was highly effective for a time, given that his vigilance impeded the Assassin spy planted by Kadar in the king's ranks. The robust defense of the palace furthermore rendered him virtually inaccessible to his would-be killers, but one particular evening, he attended a royal party at Lacoeur's villa. Away from the protection of the palace, he was an easier target for the Assassin Altaïr Ibn-La'Ahad who sought after his key to the desert temple.[3]

It was during a solitary stroll through an immense hall that Basilisk was beset by his assailant, who had infiltrated the villa via a secret passageway. Thrilled at the encounter, the Templar drew his greatsword and commenced the duel with his adversary. The fight lasted briefly; Altaïr had only desired the key, not the Templar's life, and after stealing it from around his neck in the midst of a clash, he promptly fled. Dejected, Basilisk chased after him calling for his guards but was too slow to prevent his escape.[3]

With the loss of his key, Basilisk marched to the local Templar fortress, where the map to the desert temple was held. Altaïr thwarted this as well, attacking the fortress before his arrival, slaying its commander and stealing the map.[4]

Expedition to the Temple of Sand

"I didn't know that your Order had men with resources like yours. But this advantage of theirs is coming to an end now."
―Basilisk to Altaïr in the Temple of Sand, 1190[src]-[m]

In spite of these setbacks, Basilisk was able to discover a way into the temple without the keys or the map, launching an expedition to the site ahead of the Assassin. Forced to fight through scores of Templars, he at last entered the treasure room to find Basilisk waiting with his elite knights and the shrine empty. The Templar expected this to be the end for Altaïr, and as parting respects, revealed that the Chalice had never been an artifact, but a woman. Leaving the Assassin to his fate, the Basilisk departed the temple, believing that even if he survived the ambush, he was sure to perish in the ensuing sandstorm that engulfed the temple.[5]

In truth, Altaïr escaped both his knights and the sandstorm, and tracked him back to Tyre. There, the Assassin infiltrated the Templar's Hold, and confronted Basilisk a second time before the fortress' gate. Hoping to bar his enemy from escaping yet again, Basilisk ordered his guards to barricade the exit with their shields. This proved moot when in his defeat, he was the one to flee through the gates instead. His army failed to inhibit Altaïr's pursuit, and he was forced to resume his duel at a warehouse, this time without his guards' protection. As he laid on the ground incapacitated from his wounds, he bargained for his life with information: that of the location of the Chalice at Don Carvaggio's villa in Jerusalem and a plot in Acre to poison the water supply to end the siege. Altaïr honored his deal and spared his life despite recognizing that this placed himself at a disadvantage.[6]

Though Basilisk had hoped that in attempting to stop the poison plot, Altaïr would be delayed from catching the Chalice before him, he soon discovered that his foe had burned down his fleet before leaving Tyre.[6] As a result, by the time his forces arrived in Jerusalem to capture Adha, the Chalice, Altaïr was not far behind. Basilisk himself was not there when the Assassin rescued Adha and the two escaped from the clutches of his elite Templars.[7]

Through his agents, Basilisk managed to relocate Adha in Tyre's harbor, waiting on a ship, but Altaïr was nowhere to be found. Aware that Adha might very well have been waiting for Altaïr, the Templars decided to postpone their attack, reasoning that she could be used as an unwitting bait for the Assassin. If on the other hand Adha was not waiting for him, or if she was to be scared away, finding Altaïr may prove to be a harsher task. After their spy Harash was assassinated by Altaïr, the Templars at last sprung their move and held Adha hostage at a shack on the docks. Sure enough, Basilisk's mortal enemy arrived before the harbor gates soon after, to be greeted by his entire army.[8]

Defying all odds, Altaïr fought his way straight through the army to the shack, and as he neared, Basilisk quickly transported Adha to one of his ships. Occupying another ship, one anchored before the one that held Adha, he awaited his desperate adversary. When Altaïr finally arrived before him, he thus found his progress impeded by the imposing figure of Basilisk. Declaring that this was to be their final duel, the Templar engaged his enraged nemesis. In the end, his agile foe clambered onto his back and plunged his sword down into his skull, killing him.[9]

Although he failed to defeat Altaïr, in stalling the Assassin, the Templars were able to obtain a tactical victory. The fight gave them ample time to prepare for an escape with their prisoner. Indeed throughout the scene, they had lingered nearby only to watch it, knowing that regardless of the outcome, Altaïr would not have the time to reach them. As soon as Basilisk was slain, the Templars sent a fire ship crashing into the ship that had staged the duel, simultaneously blocking Altaïr from leaping over to their own ship. In the ensuing explosion, the Assassin escaped unscathed but could only watch from the docks as the Templars departed over the horizon.[9] He would not catch up with the Templars until after they executed Adha.[10]

"An Assassin! And one that reached me, before I snatched him out of this world. A challenge, finally!"
―Basilisk upon meeting Altaïr for the first time, 1190[src]-[m]

With his imposing presence and gigantic stature, Basilisk was a ferocious man who relished the heat of combat. Rather than quavering from challenges, he was elated by them, and true to his warrior nature, he was not above expressing respect for tenacious and powerful foes. Nevertheless, he was willing to resort to retreat, and after his first defeat at the hands of Altaïr, even pleaded for mercy with the offer of information. Moreover, his admiration for challenging enemies did not quell his rage at their successes, and his subordinates feared his executions in the face of failure.[2]

In battle, Basilisk wielded a greatsword compatible with his indomitable strength and ferocity, yet what he had in power, he lost in mobility. This trade-off was heavily exploited by the swift Altaïr Ibn-La'Ahad in their duels, whose engagements rarely involved parrying his attacks. In spite of his multiple fights with this Assassin, Basilisk never proved capable of adapting to Altaïr's superior agility. His great strength weighed little against one whose acrobatics allowed him to tumble behind him with ease. Even so, it sufficed against many of his previous opponents, as he called Altaïr his first real challenge.[2] 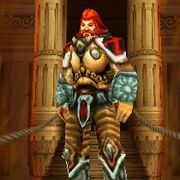 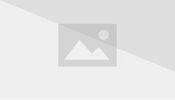