The Atlantis artifacts were used by the Isu for the Olympos Project to create hybrid beasts and imbue them with great superhuman powers and energy based abilities; these hybrid beasts were behind some of the monsters in Greek mythology. During the 5th century BCE, these hybrid beasts were discovered and defeated by the Spartan misthios Kassandra. Kassandra then took the Atlantis artifacts back to Atlantis on behalf of her father Pythagoras and sealed off the Gateway there, but also unknowingly awoke the mechanism containing Aletheia's messages within the Gateway.[1]

"They corrupt the minds of lesser people and possess a will to defend themselves."
―Pythagoras[src]

The artifacts were capable of transmutating humans who touched them into hybrid beasts, which gave birth to various myths of fantastical beasts in ancient Greece, including Cyclopes, gorgons, the Sphinx, and the Minotaur. When the artifact was active, it appeared as a glowing part of the hybrid beast's body. Because of the transformative effects on any human who touched any of the artifacts, the monsters of myth seemed to survive beyond their mythological deaths.[1]

When the hybrid beasts were slain, the power of the artifacts left the bodies, rendering them as naught but desiccated corpses. While this might be taken to indicate that the artifacts were able to elongate human lifespan far beyond its normal limits, this was also the case with the last Writhing Dread, Ligeia, who had been possessed but for a relatively little while.[1]

Due to Kassandra's Isu heritage she was able to resist the powers of the artifacts, and did not succumb to them.[1] 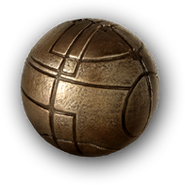 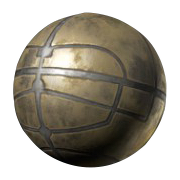