An Assassin leader is a member of the Assassin Brotherhood who heads a branch of the organization.[1]

Before the 20th century, contact between countries was difficult and almost non-existent, resulting in the various branches of Assassins each having their own leader rather than being united under a single individual. On some occasions, these Assassin leaders were given the honorific of Mentor, having proven they were wise enough, and after they had trained a high number of Assassin apprentices.[1]

During the 20th century, when contact between countries was stable and common, the Assassin Brotherhood was united under a single leader, who was from then on known as the Mentor only.[1]

Leaders who are known to also have attained the rank of Mentor are marked with an asterisk. (*) 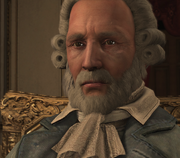 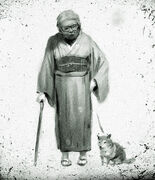