"The symbol that you sought and found... It is a mark of courage and honor, yes. But it promises pain and loss as well."
―Oiá:ner, regarding the Assassins' insignia, 1777.[src]

The insignia of the Assassin Order, though varying slightly in design over different time periods and countries, held essentially the same shape and style of an eagle's head. Each of its variations represented the uniqueness of the various sects of the Order, and the insignia was often used to decorate the armor and robes of leading Assassin figures in a number of time periods.

The insignia was inspired in ancient Egypt by Medjay and Hidden One Bayek after he dropped an eagle skull necklace belonging to his murdered son in the sand, leaving an imprint.[1]

During the High Middle Ages, the insignia was used to mark the entrances of Assassins' Bureaus and could be seen on the banners decorating the fortress of Masyaf.[2] During the Renaissance in Italy, it was used on the mechanisms in the many Assassin Tombs and on the banners and walls of Monteriggioni.[3] It was also displayed on the banners hung in the Tiber Island headquarters.[4] In order to hide their intention from the Borgia or other forces that were trying to stop them, Leonardo da Vinci invented a special invisible paint that only the Assassins who were able to use the Eagle Vision could detect, even at great distances. The paint was mostly used by Assassin Scouts, usually drawing the symbol of the Assassins to mark a target house or item.[5] In Constantinople, Assassin Dens and ziplines had a small Assassin insignia atop them, while Bomb-crafting stations were all painted with the Ottoman Assassins' own insignia.[6] 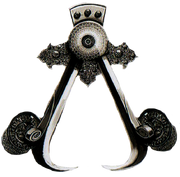 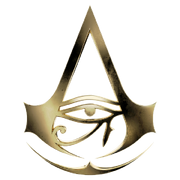 Ornate, antique gold version of the Hidden Ones' insigna 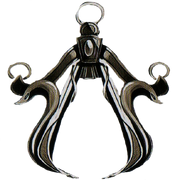 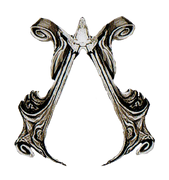 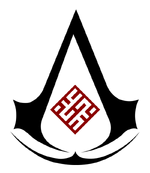 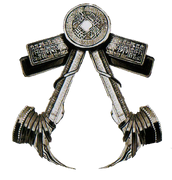 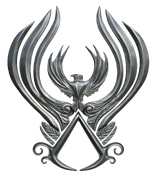 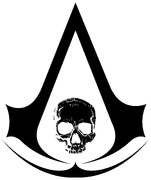 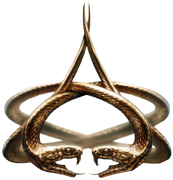 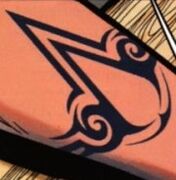 The inspiration for the insignia

Retrieved from "https://assassinscreed.fandom.com/wiki/Assassin_insignia?oldid=849802"
Community content is available under CC-BY-SA unless otherwise noted.