This game is the spiritual successor of Assassin's Creed II: Multiplayer, the earlier top-down multiplayer based Assassin's Creed game made for iPhone OS. Presumably, the player is an agent of Abstergo Industries since the available multiplayer personas are the Animi Avatars from the first and second stage of the Animi Training Program.

Assassin's Creed: Multiplayer Rearmed is a 2-dimensional top-down touch-based multiplayer game which pits up to 4 players against each other to play a five minute competitive match identical to the Animi Training Program's Wanted mode, if the players are connected via Apple's Game Center via WiFi or 3G. Alternatively, a 1-on-1 match may be played if two players connect via a Bluetooth connection. There is also an offline practice mode in which the player practices against an AI opponent.

Players can compete with friends and foes from around the globe in a 4-player real-time mode, through connecting via the Game Center with either WiFi or 3G.

Each player can hone their skills in single player practice and compete with a friend via 1-on-1 Bluetooth.

Like recruits in the Animi Training Program, the player is both hunter and prey. The objective is to hunt down other players and assassinate them before they do the same. Being as stealthy as a true assassin is central to the game mechanic. The player can escape from other players by taking advantage of both the crowd and the environment.

Players can interact with each other on a variety of maps including: Venice, Alhambra, Jerusalem, San Donato, and Antioch.

The player can choose to control personas from both Brotherhood and Revelations. They can be customized with dozens of blades, boots, belts and bracers. Upgradeable abilities to fit individual play styles are also available.

The Game Center's social gaming network allows the player to create a community. Leaderboard and achievement results can be posted on Facebook, Twitter, e-mail and SMS.

There are a total of 10 Animi Avatars from both the Animi Training Program's first and second stages available for selection. They are:

The Doctor stunning his pursuer 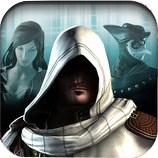 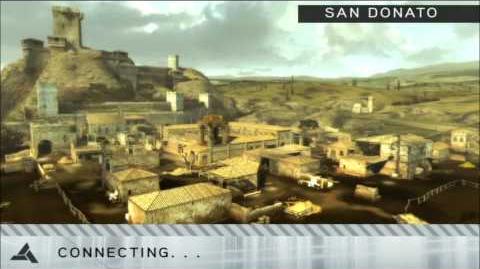 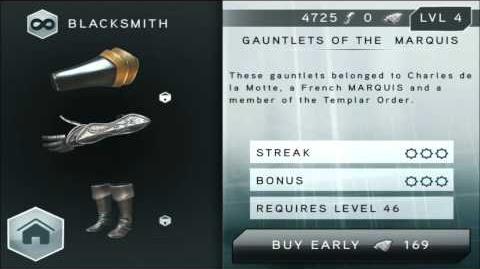