Apollodorus the Sicilian (c. 90s BCE – 47 BCE) was a loyal follower and friend to the last Ptolemaic pharaoh of Egypt, Cleopatra. He was also an ally of and handler for the Medjay Bayek of Siwa during the latter's time serving Cleopatra.

Born in Sicily, then part of the Roman Republic, Apollodorus came to Alexandria as a young adult, serving in the court of Ptolemy XIII.[1] Apollodorus befriended the pharaoh's older sister and co-ruler Cleopatra, becoming one of her close friends and later a loyal follower. When the Order of the Ancients manipulated the boy pharaoh to exile Cleopatra in 49 BCE, Apollodorus helped her escape the city through the canals, wrapping her in a carpet to avoid Ptolemy's attention.[2]

Having escaped Alexandria, Cleopatra would reside in Apollodorus' personal villa in the Kanopos Nome.[2] He then set up a network of informants across Egypt to keep him updated with comings and goings of the local Egyptians who were oppressed by Ptolemy XIII. Sometime thereafter, Apollodorus returned to Alexandria, where he came upon a Greco-Egyptian woman named Aya, introducing her to Cleopatra and becoming her most trusted bodyguard.[1]

Fighting the Order of the Ancients

Together with Aya, Apollodorus worked to investigate the Order that was behind Cleopatra's exile and the murder of Aya's son, Khemu.[3] In 48 BCE, Apollodorus uncovered the identity of one member of the Order, Actaeon, leading Aya to go after the member. However, her assassination, along with the killing of another member Ktesos, led the city's Phylakitai Gennadios to declare her a wanted woman. Her cousin, Phanos the Younger, sought Apollodorus' aid, and they hid Aya beneath the Library of Alexandria.[4]

At some point, Apollodorus entrusted one of his informants, Damastes, with a scroll meant for the Roman general Pompey. However, Damastes' ship was sank by the Ptolemies, leading to his capture and the scroll lost in the waters. At the lighthouse of Kanopos, Apollodorus met the Medjay Bayek, Aya's husband who had recently assassinated Eudoros, the royal scribe and the supposed leader of the Order and who at the moment was seeking for information. Apollodorus enlisted his aid to retrieve Damastes and the scroll. Bayek managed to do so and accompanied Apollodorus to his personal estate, where the Medjay was introduced to the pharaoh.[5]

Along with Cleopatra and Pasherenptah, the High Priest Ptah in Memphis, Apollodorus explained that Eudoros, the man Bayek had killed, was known as the Hippo and was not the leader of the Order. The Snake was used to refer to the Order as a whole, who sought to use Ptolemy XIII as their puppet and had members controlling each major region of Egypt, namely the Scarab controlling the Nile Delta, the Hyena controlling Giza, the Lizard controlling Memphis and the Crocodile controlling the Faiyum. Bayek thus dedicated himself to hunting down the Order, becoming Cleopatra's Medjay. To begin, Apollodorus directed Bayek to contact his informant in Sais, Harkhuf, who had information on the Scarab.[5]

Sometime after the assassination of the Lizard in Memphis, Apollodorus accompanied Cleopatra north to a villa in Herakleion, where they awaited news of the Crocodile's death. While there, Apollodorus captured Livius, an informant for the Order of the Ancients, and learned of an assassination plot on Cleopatra's life by the Gabiniani, a group of Romans left behind years ago in Alexandria to protect the Ptolemaic pharaohs and that at the moment served Ptolemy XIII. After Bayek completed his mission and arrived in Herakleion, Apollodorus and Cleopatra dispatched him to investigate and eliminate the ones behind the plot.[6]

Aya, having returned from defending the seas with Phoxidas, met with Apollodorus and Cleopatra in the courtyard of the villa, where they were soon joined by Bayek, who had foiled the assassination attempt. Shortly thereafter, the group were ambushed by the Gabiniani led by Venator, who had led the assassination plot against Cleopatra. In the commotion, Apollodorus was injured, leaving Aya and Bayek to defend and eliminate Venator. With the Gabiniani eliminated, Aya and Bayek were then dispatched to find Pompey west in the shores of the Herakleion Nome, with Apollodorus and Cleopatra joining them shortly thereafter. They arrived too late to assist Pompey, who had been killed and beheaded by Lucius Septimius, a member of the Order. Having lost her support from Pompey's army, Cleopatra resolved to make an alliance with Julius Caesar instead and meet him in Alexandria.[6]

In 47 BCE, Apollodorus, Aya, Bayek and Cleopatra boarded Phoxidas' trireme and set sail towards Alexandria. Despite facing numerous Ptolemaic ships, they were able to arrive in the harbor of the royal palace, which had been heavily guarded by Ptolemy's and Roman soldiers. As Cleopatra would be recognized straight away, she was wrapped in a carpet and was carried by Apollodorus, who posed as the Nomarch of Heliopolis while Aya and Bayek posed as his phylakitais. The group carried baskets of offerings and were escorted into the palace by a Roman legionary, where they came upon the sight of Ptolemy XIII's meeting with Caesar.[7]

This interruption proved to be a success as Ptolemy XIII's meeting was dismissed, and Caesar agreed to listen to Cleopatra's proposal. Outside the palace, Apollodorus met with Aya and Bayek to discuss the whereabouts of the regent Pothinus and Septimius, meanwhile thanking the Medjays for the efforts.[7]

Throughout their stay in Alexandria, Apollodorus remained by Cleopatra's side during their visit of the Tomb of Alexander the Great. Upon learning of Septimius and Pothinus' plan to trap Caesar and Cleopatra in the palace, Apollodorus chose to remain when the Queen refused to flee and resolved to face the problems ahead. Thanks to the efforts of Aya and Bayek however, they were able to escape the siege and regroup with Caesar's army.[8]

After the Battle of the Nile and the coronation of Cleopatra as the sole ruler of Egypt, Lucius Septimius was spared by Caesar, much to the dismay of both Aya and Bayek, who were also released from the service of Cleopatra. Apollodorus met with them in a market, informing them that their services were no longer needed, and offering a payment of gold. Apollodorus restrained Bayek from lashing out in order to prevent them from being discovered by Ptolemaic guards, saying that Caesar had accused them both for the death of Ptolemy XIII. He then informed them that he needed some time in order to ease their burden before leaving.[8]

True to his word, Apollodorus investigated the Tomb of Alexander the Great, which he found to have been trespassed. Entering the tomb, he was ambushed by Flavius' and Lucius' men. Although Bayek and Aya came to his rescue, it was too late and he succumbed to his wounds. Before dying, Apollodorus managed to tell them that Flavius had taken the orb and had gone to Siwa to finish what they started two years earlier.[9]

Apollodorus is a Greek name that means 'Gift of Apollo'.

Concept model of Apollodorus in Rebellion 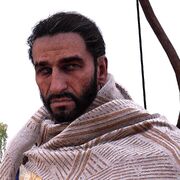 Apollodorus as he appears in Rebellion