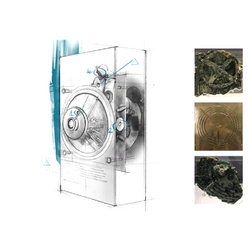 Originally assumed to be an analog computing device built for the purposes of determining the future positions of astral bodies, Abstergo Industries scientists have recently discovered that the Antikythera mechanism is merely one small portion of a much larger tool: a so-called "prognostication machine" thought to have been used by the First Civilization to make probability-based predictions of future events. It has been confirmed, for instance, that our precursor race used such a device in conjunction with their inherent precognitive abilities to locate and contact Mr. Desmond Miles, the source of the Sample 17 strand, for purposes that shall remain classified. It is also known that, due to the nature of these "quantum probability measurements," that such machines would have been exceedingly difficult to use, and that many hundreds of thousands of trials would have been needed to "peek" such great distances into the future. 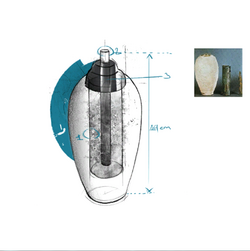 A mystery that has puzzled scientists for decades, the Baghdad battery's ultimate secret has finally been discovered. This year, researchers at Abstergo Industries determined that these batteries contained, at one time, a synthetic precursor element capable of producing power by harnessing energy generated by the passage of time. Eerily similar to what theoretical physicists have called "Time Crystals", this unknown crystalline material was able to generate tiny but unlimited levels of energy simply by siphoning energy from the passage of time itself. Though minute, the resulting power was likely enough to power a small LED... resulting in a humble but incredibly efficient means of producing light. To date, a functioning precursor "Time Crystal" has not been located. 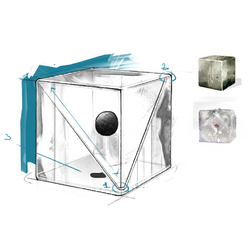 Little is known about the function of these blood vials, though dozens have been found since Abstergo took an interest in their recovery at some point in the late 1980s. To date, only three have been found with their original contents intact, and of these, only one contained a confirmed sample of precursor DNA. Abstergo Industries executives have expressed a particular interest in locating more Precursor DNA and, if possible, samples of our so-called "Mitochondrial Eve." As far fetched as this sounds, please take special care to identify any vials you might stumble upon in a memory replay.

Unfortunately, as the average half-life of DNA is a mere 500 years, any sample old enough to belong to either source - 80,000 years or more - will have degraded well beyond usefulness. We suspect it would require a minimum of over 250 similarly preserved samples, and a hell of a lot of luck, to sequence an entire precursor genome... though the true figure is probably closer to 500. 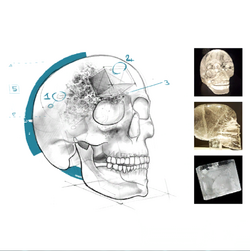 These ancient tools have been found a few separate occasions, at alleged precursor sites throughout the world. All are communication devices to some degree, although three distinct varieties have been discovered so far. The first crystal skulls worked much like the mobile-telephony devices we use today; these allowed multi-node communication between all who possessed a working device. A second crystal skull was later discovered to have a record-and-playback function, meaning a user could record and send audio-visual messages to multiple parties, as frequently as he saw fit. A third set of crystal skulls discovered only recently seem to have acted as passive "monitoring devices," much like televisions in a multi-camera surveillance system set up. As yet, the cameras on the opposite end of this set up have not been found. It is unclear why these communication devices were designed to resemble such a macabre piece of anatomy, but we have no reason to suspect that our precursor race - as intelligent as they were - didn't occasionally fall victim to gaudy fashion. 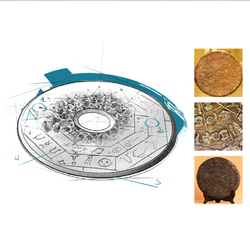 These devices - powerful in function but limited in scope - were used by the precursor First Civilization to record brief memory impressions, which could then be played back or re-experienced by another user at a later date. Judging by their scarcity - fewer than 40 have ever been found or accounted for - it appears that these seals were not wielded casually by the precursor race, but were intended for use only by the wealthiest and most powerful members of that society. To date, no seals containing recorded precursor memories have been found, and only a few have been known to contain any information whatsoever. The seals used by the Assassin Altaïr Ibn-La'Ahad to pass memory information to Ezio Auditore da Firenze are suspected to be functional to this day, but as of this writing, their whereabouts are unknown. As a point of interest, it can be revealed that many of Abstergo's early breakthroughs in genetic memory technology came about through close study of these artifacts, although current Animus technology is NOT based on their architecture. 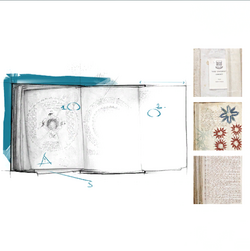 A fascinating puzzle as yet unsolved, we are deeply interested in finding the person or persons responsible for the creation of this magnificent and mystifying tome. All researchers assigned to European subjects living in the fifteenth and sixteenth centuries should be advised to pay special heed to any mention of this rare and valuable artifact. Though recent carbon dating has given the manuscript a birth-date of 1405 or thereabouts, Abstergo Industries has uncovered highly classified information that complicates this theory greatly. One subject of great interest to us in this endeavour is the English Philosopher, Roger Bacon.

Retrieved from "https://assassinscreed.fandom.com/wiki/AE_files:Crypto-History:_Artifacts?oldid=862997"
Community content is available under CC-BY-SA unless otherwise noted.