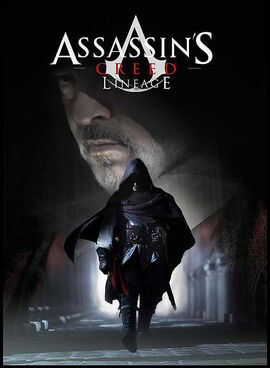 "The age of Renaissance. A time considered to be the rebirth of man. Yet behind humanity's expanding consciousness, a movement was taking place. A conspiracy by one corrupt family to overthrow the powerful Medici dynasty, and destroy a unified Italy. But there are still some who fought for justice, and followed an ancient creed. And it is with them, that our story begins."
―The opening narration of Lineage - Episode one.[src]

Assassin's Creed: Lineage is a series of three short films based on the universe of the video game Assassin's Creed. The films are made by Ubisoft, the game company itself. The first episode was released on October 26, 2009 via YouTube, and Episode 2 and Episode 3 were released on November 12, 2009 on Spike TV, later uploaded on YouTube for international viewing purposes.

Created as a bridge for Assassin's Creed and Assassin's Creed II, the film details the time of Giovanni Auditore da Firenze as an Assassin for the Medici, and how he uncovered a conspiracy that threatened the power of the ruling body in Florence.

A DVD of the complete Lineage was later included in some of the special editions of Assassin's Creed: Brotherhood. (read more...)