Cesare Borgia (13 September 1475 – 12 March 1507) was the son of Pope Alexander VI (Rodrigo Borgia) and his first wife Vannozza dei Cattanei. During his childhood, Cesare (along with his other siblings) was raised by his father to become one of his personal weapons. However, he was naturally ambitious and aggressive; at age 18, when he sought his brother Juan Borgia the Younger's position as Captain General of the Papal Army (Cesare was a Cardinal at the time), he had his brother assassinated. After leading the army to many victories throughout Italy, Cesare developed extreme sadism and a lust for conquest. He later came to the absurd conclusion that he could not be killed by mortal men and that he would lead mankind into a new era, a belief that would stay with him for the rest of his life. In effect, he and his father were continually at odds.

In 1500, Cesare attacked Ezio Auditore da Firenze's headquarters in Monteriggioni to begin his conquest of Italy. His army quickly broke through the city's defenses, kidnapping Ezio's uncle Mario and Caterina Sforza and securing the Apple of Eden. Mario was shot by Cesare as an "invitation" to Ezio to face Cesare in Rome. Cesare's arquebusiers shot and wounded Ezio, therefore winning the battle; however, Ezio was able to escape, along with his family and some other citizens.

In 1502, Cesare forced Leonardo da Vinci into his service to build many war machines for his ever-growing army, such as a tank and a machine gun. However, Leonardo contacted Ezio (who fought the Borgia's forces to prove to the other Assassins that he can lead his own army) to destroy these machines before they could be used, and supplied Ezio with Assassin gear in return.

In 1503, Rodrigo decided that Cesare had to die before the balance of power he worked so hard to maintain was destroyed. To that end, he poisoned a bowl of apples with his last vials of cantarella. Cesare unknowingly ate one while he argued with his father about his dwindling support. When Rodrigo revealed that Ezio killed his supporters, Cesare demanded that he give him the Apple. Rodrigo refused, and Cesare's sister Lucrezia barged in to warn him of the poison. Angered by this revelation, Cesare shoved the poisoned apple down Rodrigo's throat, killing him in the process. Cesare was then driven into insanity, beating the Apple's location (the Basilica di San Pietro) out of Lucrezia. However, Ezio (who witnessed the entire affair) outran Cesare to the Apple, and used it to destroy the last Borgia presence in Rome. Cesare is soon arrested by order of Pope Julius II on grounds of "murder, betrayal, and incest" (Cesare had an intimate affair with Lucrezia before his arrest). As Cesare was taken to prison, he claimed that he would not be imprisoned for long, and he would not die by man's hands.

Ezio, haunted by Cesare's words, used the Apple to track his location; Cesare had escaped prison and was participating in the Siege of Viana in Spain. Ezio rode to Viana in 1507 and chased Cesare through the battle-torn plains. He eventually cornered Cesare on top of a castle and engaged him in a duel to the death. Ezio gained the upper hand, stripping Cesare of his armour and pinned him to the ground by stabbing his sleeve with his hidden blade. Cesare, still believing he would not be killed by a mortal man, was left "in the hands of Fate"; Ezio avenged Mario's death, throwing Cesare off the battlements to his death. Cesare's insanity and desire for power made Ezio decide to keep the Apple hidden under the Colosseum for safekeeping. 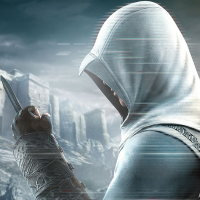 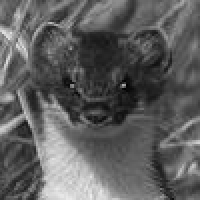 Comments
رده‌ها
Other Languages:
Community content is available under CC-BY-SA unless otherwise noted.